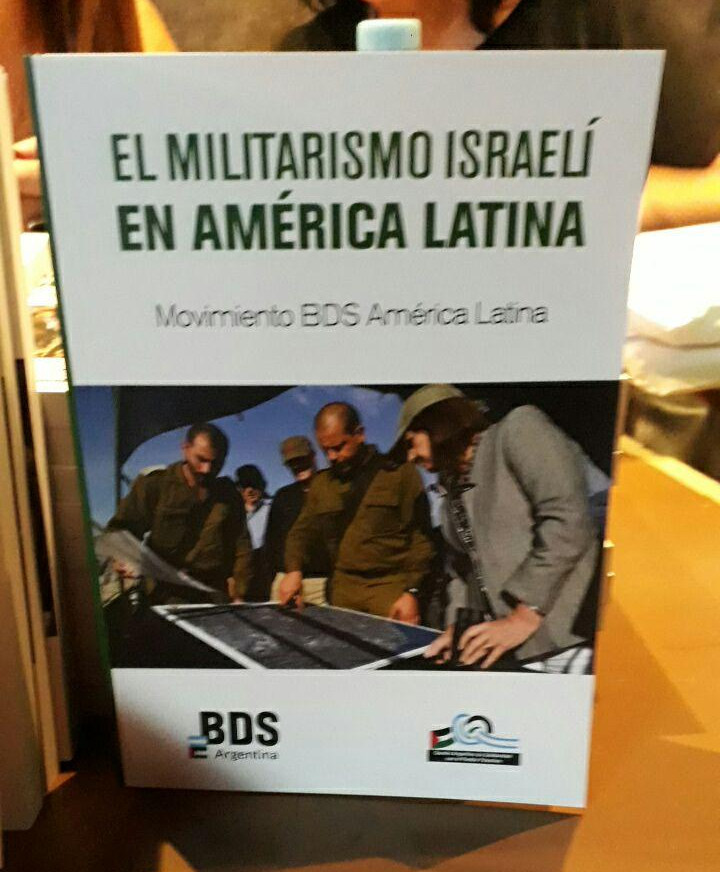 This over 80 page report pursues two different aims: on the one hand, it responds to an interest shared by several people from this continent to understand the impact of Israeli militarism in their countries and the consequences it can have on their social freedoms; on the other hand, it responds to the call for a Military Embargo against Israel made by the Palestinian Boycott, Divestment and Sanctions National Committee.

The result of the report is part of the joint effort to unite struggles against militarism and Israeli Apartheid.

Download the full report here.
In the interest of understanding the general framework of militaristic trade between Israel and Latin America, the following pages aim to fulfill the following specific objectives:
The document that follows is divided into four parts. The first part is a brief description of Israeli militarism in the world, this includes a description of the situation in Palestine, of Israel's position in the world and of the way in which relations between Israel and Latin American countries has been consolidated. In the second part, the document focuses on militaristic trade exchanges, describing the companies, actors and products that are distributed in Latin America. In a third part, there is an in depth analysis of the different institutional agreements and exchanges identified in several countries of Latin America, which account for the general trend of formal alliances favoring militarism. By way of conclusion, the final part discusses how commercial and institutional exchanges are part of models that Israel has tried to position globally, and warns of the risks that these models imply for Latin American societies. The text closes with an explanation of the Palestinian call for a Military Embargo on Israel, a campaign that is part of the Boycott, Divestment and Sanctions movement.
Those of us who prepared this report hope that it can provide more reasons to fight against militarism as an authoritarian model for the management of our societies. We especially hope that the reflections here presented will motivate readers to promote campaigns in solidarity with Palestine because as say activists in Argentine have reminded us: "the weapons that assassinate Palestinians are the same weapons used to repress Latin Americans".