As across the world schools are slowly opening again after COVID19 lockdowns, we call on you to ensure in Palestine schools are not demolished. Palestinians are sounding the alarm over the potential demolition of a newly built school in Ras Al’uja Bedouin community, the Jordan Valley, by the Israeli occupation authorities.

Mustafa, a resident of Ras Aluja and a father of one of the children attending the newly built school explains:

The school means to us more than the fact that our children can easily access education in the area they live in, especially amid the spread of the COVID19 pandemic, when going to overcrowded schools in neighboring towns threatens the lives of our children.

This school is a tool of resistance to the Israeli occupation’s relentless practices of discrimination and expulsion to take over our ancestral land. It means to us that over 300 people inhabiting Ras Al’uja can remain steadfast and resilient on their land despite of the coercive conditions we live in.

More than any time before, we now need people of conscience around the world to act in favor of our right to education and a dignified life by protecting the Ras Al’uja school from demolition. 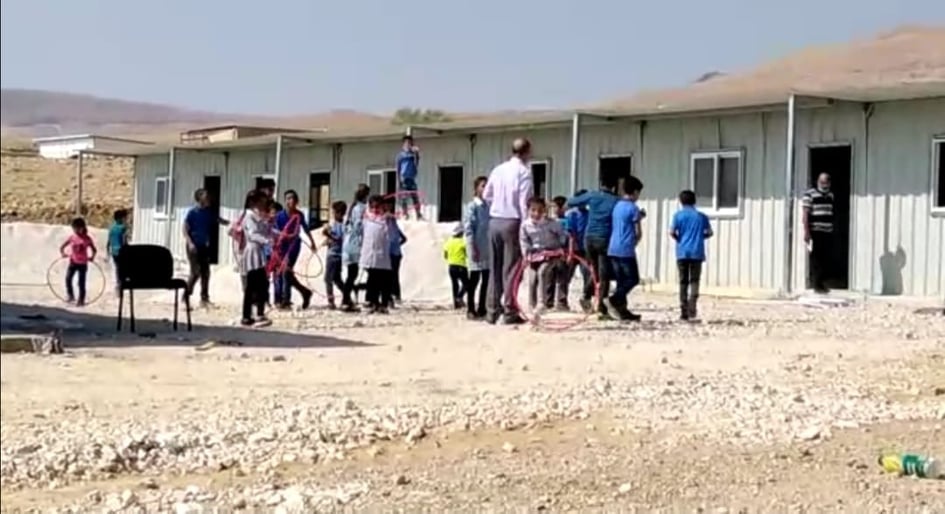 Denying Palestinians their human right of education in the Jordan Valley and other parts of Area ‘C’ aims to displace Palestinians in violation of the Fourth Geneva Convention, which prohibits the forcible transfer of the occupied persons,  and is part of Israel’s attempt to transform decades of de facto annexation into a de jure status. The denial of the Right to Education is further a salient component of the crime of apartheid,

Your support to the Right to Education Campaign launched by popular committees and Palestinian civil society organizations to strengthen the steadfastness of Palestinians in the Jordan Valley to resist the Israeli annexation is crucial now! Please support us by:

Please see below a model letter to be sent to your government, parliamentary representatives or consulates.

Thank you for your support,

Subject: Warning on Potential Demolition of A school in the Jordan Valley

We write to you regarding our concerns over the potential demolition by Israeli forces of a newly built school in Ras Al’uja Bedouin community, the Jordan Valley.

Popular activists and residents of Ras Al’uja collaborated to build the school a week ago. Only days after, the Israeli military has attacked the school and seemingly started first procedures for its destruction. After years of resisting policies of de facto annexation, the area slated to be de jure annexed.

The school, with its staff of eleven teachers now serves roughly 150 female and male students. Prior to the construction of the school, the students living in Ras Al’uja used to travel to Al’uja town to seek education, an arduous eight-kilometer daily journey.

We urge you to protect the Ras Al’uja school and other schools and kindergartens in the Jordan Valley from demolition by exerting pressure on the Israeli authorities to respect their legal obligations as an occupying power. The COVID19 pandemic further aggravates the impact of Israel’s human rights violations, such as the demolition of schools.

We urge you to take the following steps:

Looking forward to your urgent response,

As part of the Right to Education Campaign launched on June 29th, Popular activists and residents of Ras Al’uja collaborated to build the school a week ago, which is the first and only school existing in Ras Al’uja. Only days after, the Israeli military has attacked the school and seemingly started first procedures for its destruction. 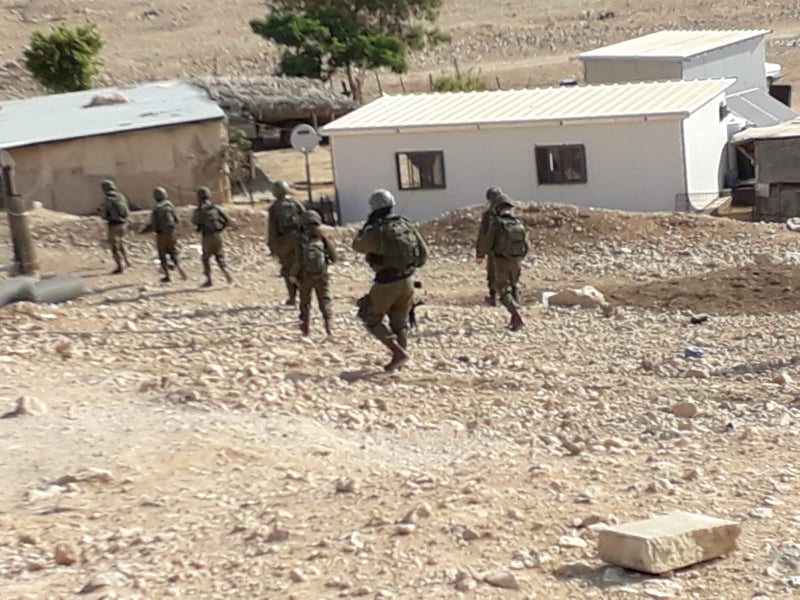 The school, with its staff of eleven teachers now serves roughly 150 female and male students. Prior to the construction of the school, the students living in Ras Al’uja used to travel to Al’uja town to seek education, an arduous eight-kilometer daily journey.

Education and displacement in the Jordan Valley

Suffering from a lack of access to education for their children made even more urgent during the COVID19 pandemic, the community resolved to move ahead with the simple construction built overnight.

Following the construction of the school, the Israeli Civil Administration and the IDF raided the school and took pictures of it, which locals fear might be as part of the measures preceding demolition.

Since the occupation of the Jordan Valley in 1967, the Government of Israel has been implementing a number of measures restricting Palestinians’ use of their land and resources in Ras Al’uja and the other areas inhabited by around 82 Bedouin communities. The dual permit regime allowing illegal settlers to construct and develop their infrastructure while denying Palestinians the same right has badly affected education in the Jordan Valley.

Ras Al’uja is entirely located in Area C and Israel systematically prohibits any construction in the area as part of its policies of displacement and expulsion of Palestinian communities from the Jordan Valley.  The Palestinian population in the Jordan Valley dropped from nearly 300, 000 in 1967 to 56, 000 due to Israeli discriminatory measures.

A research recently conducted by the Land Defense Coalition, reveals that nearly 43 schools in Area ‘C’, including the Jordan Valley have received orders from the Israeli occupation authorities to be totally or partially demolished. Due to the Israeli discriminatory measures in the Jordan Valley, there are only 34 schools in Jericho and the Jordan Valley, which is the lowest number compared to other parts of the West Bank designated as Areas ‘A’ and ‘B’, according to the Palestinian Central Bureau of Statistics.

The limited number of schools in the Jordan Valley and the restrictions the Israeli occupation impose on the movement of the Palestinian residents of around 82 Bedouin communities to access the existing schools in the neighboring towns has increased the number of students dropping school. The Palestinian Central Bureau of Statistics shows that the illiteracy rate in the Northern Jordan Valley is 4.7% while in Jericho is 5.1%, which are the two highest illiteracy rates in the West Bank.

The aforementioned research shows that school dropouts have increased child labor in Israeli illegal settlements, as well as early marriage and gender-based violence due to the vulnerability of uneducated women.

Israel has used the Oslo Agreement, which has classified most of the Jordan Valley as Area C, under full Israeli military and civil control, as an excuse to intensify its policies of de facto annexation in the area. Al Haq, a Palestinian human rights organization, has demonstrated, demolitions are part of the features of de facto annexation.

The imminent de jure annexation of the Jordan Valley would only consolidate these practices.

Furthermore, Israel’s policies of demolitions of schools and other infrastructure amounts to the “deliberate creation of conditions preventing the full development of such a group or groups, in particular by denying to members of a racial group or groups basic human rights and freedoms, including the right to work, the right to form recognized trade unions, the right to education, …”  – one of the salient features of the crime of apartheid as defined by the relevant UN Convention.

Education has been formally recognized a human right since the adoption of the Universal Declaration of Human Rights in 1948. This has been since then affirmed in numerous global human rights treaties including the United Nations Educational, Scientific and Cultural Organization (UNESCO) Convention against Discrimination in Education (1960), Conventions on the Rights of the Child. the International Covenant on Economic, Social and Cultural Rights (1966) and the Convention on the Elimination of All Forms of Discrimination against Women (1981).