Building schools from the rubble of destroyed ones is an open act of defiance of Israel’s plans to annex the Jordan Valley and large parts of the West Bank. This is why on Sunday, June 29th, Palestinian popular activists, youth groups and representatives of civil society organizations launched the Right to Education Campaign in the Jordan Valley.  At the eve of the start of Israel’s de jure annexation of up to 30 percent of the occupied West Bank, Palestinians in the Jordan Valley  collaborate hand in hand to build for the future of a new generation there, despite the  escalation of Israeli demolitions in the Valley.

Through the Right to Education Campaign, Palestinians highlight that the planned annexation is the beginning of a new stage: A more entrenched apartheid and settler colonial regime that will further expel Palestinians from their land. Denying entire generations their birthright of education is one of the tactics Israel uses to displace Palestinians. The Right to Education Campaign is part of organized counter-measures led by popular committees to assert Palestinians’ right to exist on their land and to thwart the intensification of oppression.

Since the occupation of the Jordan Valley in 1967, Israel has erected 37 illegal settlements and tens of settler outposts inhabited by more than 11,000 settlers. Even after the signing of the Oslo Accords between the Palestinian Liberation Organization and Israel in 1993, Israel never showed any intent to accept Palestinian rights and continued to erect more settlements. It turned out that Israel has used the classification of 87% of the Jordan Valley and other parts of the West Bank through the agreement as Area ‘C’ (under full Israeli control), as a tool to expand its settler colonial project. This has been facilitated through apartheid and racial segregationist practices that created a coercive environment to force Palestinians into leaving their land.  Since 1967, the number of Palestinians there dropped from around 300,000 to about 56,000 people.

The annexation of the Jordan Valley would consolidate Israel’s three –tier system of oppression: Apartheid, occupation and settler colonialism as Israel does not intend to give Palestinians there Israeli citizenship keeping them in ‘unrecognized enclaves’ isolated from the rest of the West Bank. The permit regime banning Palestinians from construction of infrastructure, health centers schools and kindergartens will continue to be enforced and even deteriorate after the impending de jure annexation takes place. 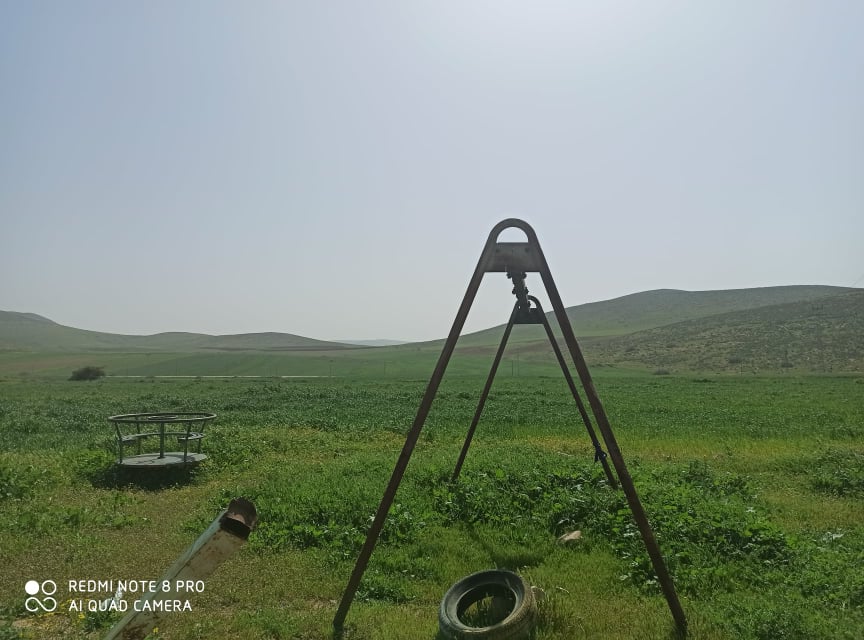 Today, about 43 schools in Area ‘C’, including the Jordan Valley have received demolition orders from the occupation authorities anticipating partial or complete demolition at any moment. The Israeli occupation justifies the demolition of schools by claiming that they are built without construction permits, which Israel as an occupying power has no right to issue in the first place. Such policies have dramatically reduced the number of schools in the Jordan Valley so that they are unable to meet the needs of the increasing number of children there. The existing schools serve thousands of students and are under-resourced and old. The plight of children belonging to Bedouin and Semi-Bedouin communities is even worse compared to those living in villages and towns as many of these communities lack schools close to them. This has forced many parents to send their children to distanced schools in the neighboring villages to seek education. For Bedouin children, this is a perilous daily journey as they are exposed to the settlers’ and armed soldiers’ attacks amongst other challenges.

13-year-old Sumud from the semi-Bedouin community of Al-Hadidyya describes her suffering to reach school every day saying:

I wake up at 4.00 AM every morning to prepare myself and ride on my father’s tractor to drive me through the unpaved road to the paved street, where I get on a bus transporting me to Ein El-Baida public school. The distance between our tent and the paved street is 4 kilometers. In winter time, the tractor cannot move in the muddy road forcing me to walk on foot where I usually can’t manage to catch the bus on time. Due to the harsh weather conditions, I miss one or two days of classes per week. Being absent from school makes the learning process difficult to me, especially as there is no one at home to help me in studying and understanding the lessons I miss. My mother is illiterate and my older sisters and brothers are incapable of assisting me as they dropped school at an early age due to the occupation’s brutality on their way to school. 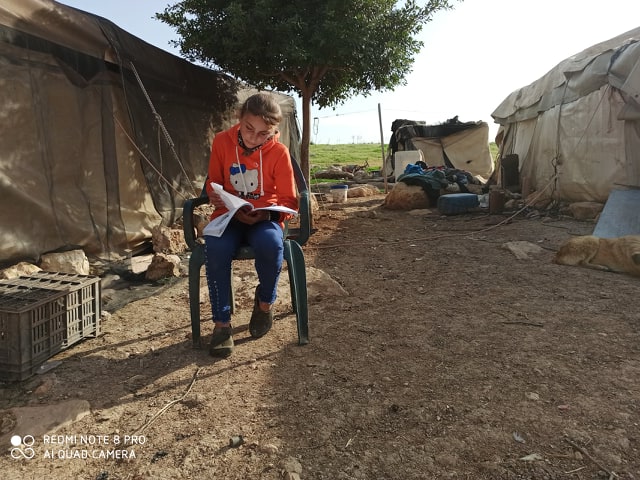 There are many others like Sumud who go through a battle of immense challenges to reach school every day. The aggression of the occupation forces and settlers, the lack of infrastructure and nearby schools and the absence of basic amenities and resources in the existing schools have forced many female and male students to drop school. Dropping school has detrimental consequences on both the female and male students and an entire generation in the short and long term.

Young males are forced to work in Israeli settlers’ farms in dire and dangerous working conditions as cheap labor to financially support themselves and their families after settlers have taken over their lands, formerly their main source of income. Women, on the other hand, become more subject to early marriage and control from their husbands, which entrenches patriarchal  norms.  Early marriage and child labor in addition to other problems these two phenomena trigger only serve Israel’s settler colonial enterprise. These conditions make it impossible for Palestinian youth to develop themselves and to contribute to the development of their society in an effective way.

The fact that the Israeli occupation systematically deprives Palestinians in the Jordan Valley of their right to education creates an entire generation ignorant of their history and cultural identity. Ruining Palestinians’ cultural identity and attempting to erase the collective memory that connects them as a people with other Palestinians is another way, in which Zionism aims to eliminate the native Palestinian people. This amounts to a policy called ‘cultural genocide’.

Internationally, the Right to Education Campaign aims to raise awareness of the Israeli occupation’s violations of Palestinians’ rights in terms of education. Through the Right to Education Campaign, Palestinians also urge the international community to exert pressure on Israel to comply with the international law, specifically, Article 50 of the Fourth Geneva Convention, ratified by Israel in 1951, stipulating that the occupying power is required to work with national and local authorities in order to ensure that all educational facilities are adequate for the care and education of children. The campaign also calls on the international community to hold Israel accountable for denying Palestinians in the Jordan Valley their right to education as it amounts to an apartheid policy.