So far, there has been silence from the Israeli side. Israel may be waiting for the right moment, when European parliaments are closed, the powerful and inspiring black movement in the US subsides, the coronavirus spikes even more. New Israeli maps emerged in the last days that show an even larger part of the West Bank to be annexed than what the Trump administration already agreed upon. They may still be finalizing internal debates or negotiating those new maps with the White House. We don’t know and it doesn’t matter.

What matters is that “annexation is illegal. Period”, as UN Human Rights chief Michelle Bachelet stated. It does not matter how much is to be annexed nor how it is called.

What matters as well is that pressure to end Israel’s impunity is growing dramatically over the last month and we thank all those activists and movements that have helped to build up consensus that sanctions are absolutely necessary to stop Israel’s annexation plan and apartheid. Israel feels the pressure but there is a long way to go until we achieve justice, freedom and equality.

One of the anticipated scenarios is the possibility of Israel starting annexation with the major settlement blocks, such as Ma’ale Adumim (east of Jerusalem), Gush Etzion (Bethlehem district) and Ariel (Salfit district). In a second phase, it would pursue a gradual annexation of the rest of the West Bank areas slated for annexation in the Trump plan, leaving the Jordan Valley as the last phase.

The annexation of Ma’ale Adumim, Gosh Etzion and Ariel will already define the Bantustan and ghetto system in which the Palestinian residential areas are to be hemmed in. Due to their strategic location this would cut off the Hebron district from Bethlehem (Gush Etzion) and the south from the north (Ma’ale Adumim) and the center from the north of the West Bank (Ariel). The annexation of Ma’ale Adumim cuts already the main connection between the Jordan Valley and the rest of the West Bank.

Israel hopes that such an approach can appease international pressure as it would build on the argument of ‘land swaps’ – swapping the land of the settlements with the desert area close to Gaza and the dispossessed Palestinian communities in the the so-called ‘Triangle’, the cluster of Palestinian villages in the Galillee close to the Green Line. This racist logic responds to a vision of ethno-religious dominance and is not only ethically unacceptable but as illegal as the annexation itself.

In fact, the carving out of these Bantustans is simply the 21st century version of apartheid. 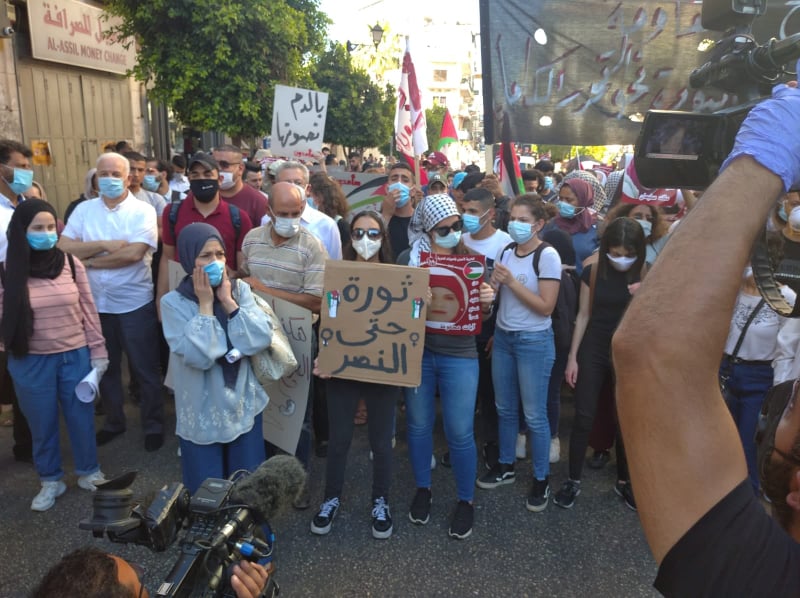 This is the time to remind us all that Israel is already in the process of annexation of the West Bank since decades. The International Court of Justice in its 2004 ruling on the legal consequences of the apartheid Wall already confirmed that “the construction of the wall and its associated régime create a "fait accompli" on the ground that could become permanent, in which case, and notwithstanding the formal characterization of the wall by Israel, it would be tantamount to de facto annexation."

The Wall, the settlements, the Jewish-only settlement road network, the military zones, these and many more Israeli policies have constituted since years a reality of de facto annexation. Formalizing this reality would change its coating but only cement what already exists.

The disaster for the Palestinian people is not impending; the Nakba [arabic for disaster] already started in 1948.

The world is coming to an understanding of the grave consequences of Israel’s de jure annexation, which include not only the denial of basic Palestinians rights, such as the right to self-determination, but challenges the validity of the fundamental pillars of international law and the global world order itself, such as the inadmissibility of the conquest of territory by force. At the same time, it is crucial to realize that we are already living a reality of de facto annexation and apartheid.

International pressure needs to continue to stop Israel’s policies of annexation and apartheid. No language schemes, legal maneuvering or tactical phasing out of plans should stop this. Only the complete end of Israel’s breaches of international law and human rights should end the pressure.

Until then, sanctions need to be imposed, any attempts by Arab leaders to normalize relations with Israel need to be stopped, and effective tools to combat Israeli apartheid have to be put in place.