As Israel's military with its airforce, missiles and drones has already killed 34 Palestinians in another brutal assault on the besieged and occupied Gaza Strip, 32 European Palestine solidarity, anti-militarization and migrants organizations call on the EU, the European Maritime Safety Agency and Portuguese CEiiA, who has officially contracted Israel's Elbit Systems Hermes 900 killer drones at the service of the EU, to stop contracting Israeli drones and military companies in order to implement its inhumane anti-migration policies. Read the full letter here.

The undersigned 32 European civil society groups and networks, representing over 100 organizations across at least 12 EU member states, which work in solidarity with the Palestinian people and with migrants or on militarization are deeply concerned about the use by the European Maritime Safety Agency (EMSA) of Israeli drones to monitor and control migratory movements towards Europe.

We understand, and that is confirmed by information provided by the European Commission1, that EMSA, together with the European Fisheries Control Agency (EFCA) and the European Border and Coast Guard Agency (EBCGA), currently has eight contracts for the use of drones (RPAS – Remotely Piloted Aircraft Systems), including a € 59 million September 2018 contract with CEiiA (Centre of Engineering and Product Development). Also according to information from the European Commission, CeiiA's has the responsibility of subcontracting the Israeli company Elbit Systems to supply the Hermes 900 drone for this purpose. These drones are made available by EMSA to all EU member states and non member states, upon request.

Thus, we write to CEiiA as operator and official sub-contractor for the Hermes fleet of EMSA to assert our firm opposition to the use of Elbit Systems drones. Indeed, the Hermes drones were specifically developed for use by the Israeli military to keep the Gaza Strip under the inhuman siege it has been subjected to by Israel for over a dozen years. According to Human Rights Watch, these drones were actually used to deliberately target civilians in the Gaza Strip during the 2008-2009 massacres. Elbit Systems drones were also used to kill civilians in Lebanon in the 2006 Israeli war.2

Furthermore, Elbit Systems has developed technology for the Wall that Israel built in the occupied Palestinian West Bank territory, which the International Court of Justice considered unlawful, and is referenced in the production of white phosphorus bombs and cluster bombs.3

Israel has become one of the world's leading producers and exporters of «combat-tested» drones, meaning that equipment produced by Israeli military and security companies has been used, for example, in the occupation of the West Bank or the siege Gaza.

The financing of these companies with EU funds, directly or indirectly, and in particular through CEiiA, contributes to Israel's ability to commit war crimes and serious violations of human rights and international law. The use of military drones such as the Hermes 900 by EMSA and Frontex is part of a highly contested policy to militarize borders and migration policies.4

Contracts for the use of drones for surveillance by EU countries will be renewed this month. We urge CEiiA not to renew the contract for the use of Elbit Systems' killer drones, not to remain an accomplice of perpetrators of crimes against the Palestinian people.

For our part, we are committed to continue our efforts to ensure respect for human rights and an end to such projects within the framework of the European wide campaign against EU funding to the Israeli military and security complex5 and as part of campaigning against EU policies that deny the rights of migrant and refugee peoples.

We intend to publicize this letter, given the undeniable public interest of this matter, as well as the answer you may wish to address to us on the subject. 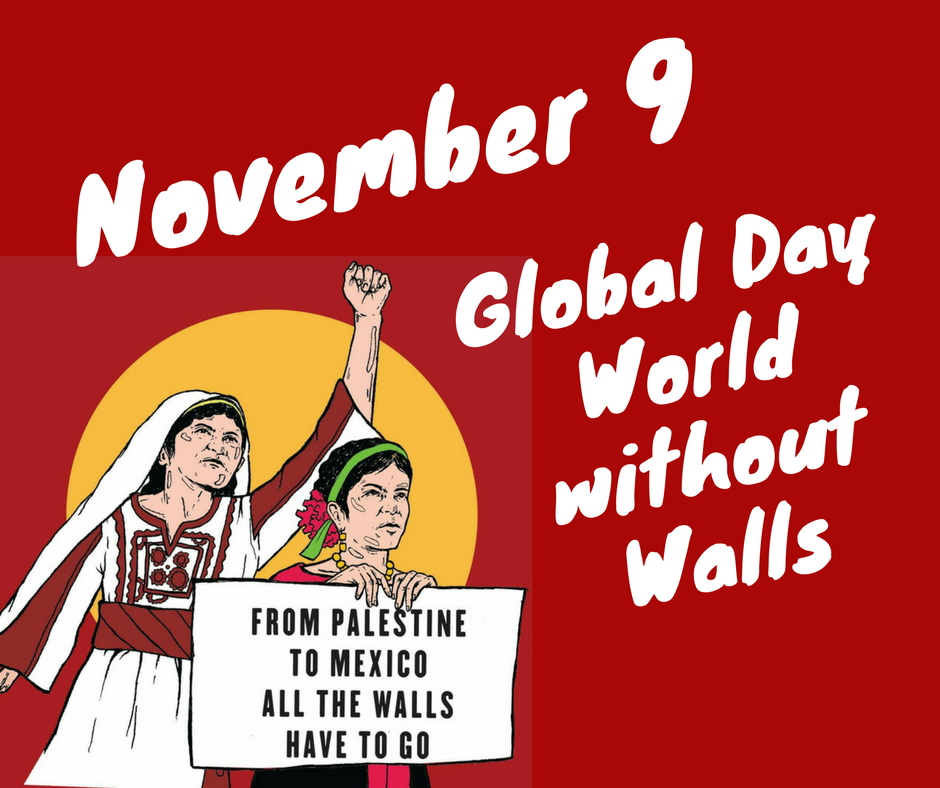 November 9 –  The 3º Global Day of InterAction for a #WorldwithoutWalls has been once again an exciting moment of coming together and sharing of struggles against the walls of injustice. Beyond the accounts of diverse actions from across the globe, inspiring interactions online, please check out the amazing amount of research and resources created […]

November 9 - Initial list of Action for a World without Walls!

This November 9 – Global Day of InterAction for a World without Walls is seeing once again action across the globe – from Malaysia to Oakland. Please see here an initial list of activities. Yours is not listed? Please contact us at global@stopthewall.org.  Argentina: Title: “Kuardernos Palestinos” Details: A theatre play on the resistance and […] 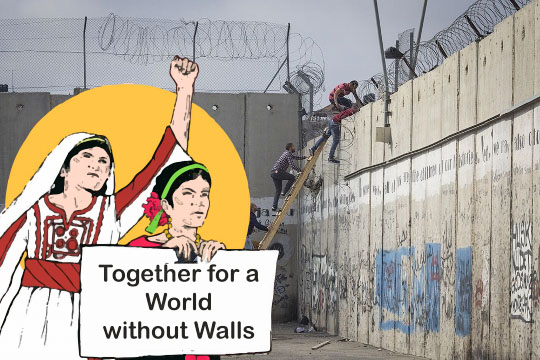 Amazing events are lined up from Malaysia to California. If you are planning an action and still have not filled in the form. Please do so now! (You can always go back to it and edit it later.) To fill in the form, please click here:https://form.responster.com/yZ6hSj Still wondering how to join?This is the moment to ensure that […]