On Tuesday 11th August 2015 Jordan Valley Solidarity activists witnessed Israeli house demolitions in two villages of the Jordan Valley: Al Jiftlik and Khirbet Humsa.  Israeli soldiers with two bulldozers and around fifteen Jeeps arrived in Al Jiftlik at 7am and demolished two houses. The owners of the houses, Mahmoud Mitaheb and his brother Abdallah Mitaheb, have families of ten and four members respectively.

Mahmud also faced the demolition of another house three months ago in the same area. Farhan Salaame zubeidat and Abdallah Mitaheb also had their animal shelters destroyed. These properties had been threatened with demolition orders for six years.

Another house and animal shelter, owned by Hail Mahmoud Eb Sharat, were also destroyed in Khirbet Humsa. The family suffered a house demolition previously in 2006. After that, seven of Hail Mahmoud Eb Sharat's sons and their families were forced to leave the area as they could not rebuild their homes. However, his two daughters are still living there and are suffering from psychological disturbance. They received a demolition order two and a half years ago, and then just two days ago received an order to leave within 10 days. Even though they have been to court in order to prove that they have the right to live there, the army came to demolish their homes before a decision was taken.
According to Israeli law no buildings should have been demolished as the families in question owned their lands before 1967 and possess the property titles to prove it. Despite that, Israeli authorities are trying to take over the land by force. Nonetheless, Hail Mahmoud Eb Sharat says he is determined to resist the occupation. All he wants is to live his life on his own land, and he will keep on fighting for that as will his sons after him.
“We are going to support the resistance of these families, and to help them rebuild their houses. All the people living under Israeli occupation are protected by the Geneva Convention which ensures their right to have possession of their properties, access to basic resources such as water and to education and health care. All these rights are systematically violated by Israel on Palestinian land”, says Rashed Khadiriy, coordinator of Jordan Valley Solidarity. “This is a call to all international authorities to protect Palestinians against Israeli abuses.”

Early Monday morning, August 17, the Israeli military with its bulldozers stormed the area of Bir Uona archeological site, west of Beit Jala in Bethlehem governorate, and razed 25-30 dunums of land and uprooted about 45 olive trees, some of the hundreds of years old. Join the Solidarity Tent set up to challenge the land […] 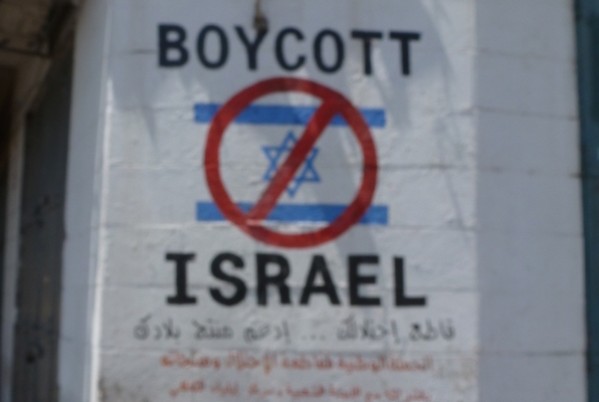 Boycott in a captive economy...

Koos Mohammed interviewed among others Mazen al Azzeh, an activist in the Stop the Wall Campaign from Bethlehem district, about the uphill task of building a boycott of Israeli goods in a condition of completely captive market, such as the West Bank and Gaza.  Jerusalem – The global boycott movement has gained strong momentum since […]