21 7 2014, The number of martyrs in Gaza reached 510, and more than 3,000 were injured since the beginning of the Israeli attack on Gaza. More than 60 Palestinians were killed and more than 100 were wounded in the massacre that Israeli army committed in Al–Shojaeia neighborhood on Sunday morning 20 7 2014. Most of the martyrs were civilians; this crime brought back Sabra and Shatila massacre’s memory to our minds as they both were committed by the Zionist Israeli occupation. Residents of the region confirmed that until the moment there are missing children under the rubble. 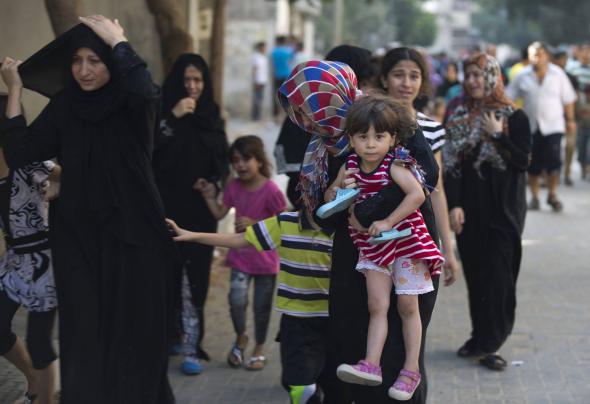 According to the Euro-Mediterranean Observatory report, the neighborhood, which is densely populated was the target of the indiscriminate heavy Israeli bombardment with missiles and rockets, which led to large numbers of casualties and great damages in people's houses. It stressed that the massacre survivors have confirmed that there are dozens of bodies dumped in the streets, even after hours of being targeted; and that the ambulances were not able to reach them because of the intensity of the shootings, pointing out that many of the bodies reached the hospital as body parts. 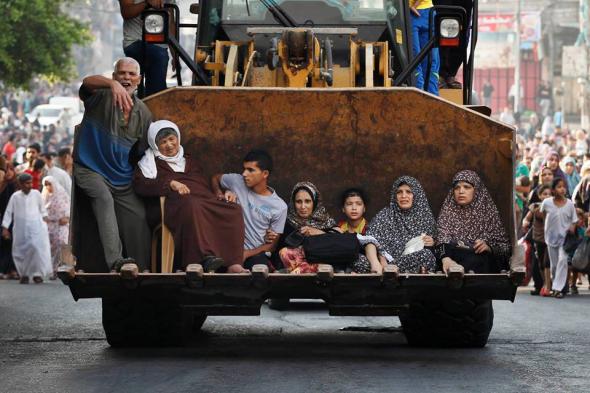 The Euro-Mediterranean Observatory noted that the bombing spread out to include other neighborhoods located in the eastern border of the north and south of Gaza, especially Israeli army’s incursion attempts in Al-Toffah, Beit Lahia and Juhr Al Deek neighborhoods, targeting them with aircraft and tank shells from several directions.

So far, Israeli occupation has completely destroyed more than 500 houses, and partially destroyed about 3,000 houses, this led to the displacement of 170,000 citizens due to the destruction of Palestinian houses, or because of occupation’s threats.

Israeli occupation commits daily crimes against humanity in Gaza, where most of the martyrs are  children, women and innocent people.

Although thousands of people around the world have demonstrated in support of Palestinians and rejecting the Israeli attack, but governments is still insisting on collusion with the Israeli occupation’s terrorism, ignoring Palestinians' right to resist occupation according to international conventions and human rights.