“We shouldn’t link our popular resistance to a time-bound goal. It should continue as long as its main reason exists, which is the Israeli Occupation."

The occupation forces oppressed the Anti-apartheid Wall and -settlement weekly protest around the West Bank by using metal bullets covered with rubber, gas, and sound bombs against Palestinian and international protesters, which caused dozens of suffocation cases. 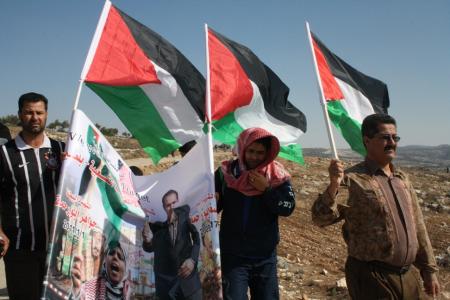 In Bilin, a Palestinian, Issa Abu Rahmeh, 42, was injured after being shot with a tear gas bomb during the weekly protest in the village. The protesters there called for the importance of Palestinian unity in order to resist the occupation and release all the prisoners in the jails of the occupier. They called also to free the activist Ashraf Abu Rahmeh who was arrested last week while participating in the weekly protest. The committee blamed the occupation for Ashraf’s life as he needs an urgent surgery on his ear after losing hearing in an injury one month earlier.

Ashraf Abu Rahme was directly shot in his legs three years earlier by Israeli soldiers while he was handcuffed and blindfolded. He is the brother of Jawaher Ans Ahmed Abu Rahme, who was killed by the occupation forces during weekly protests in the village. 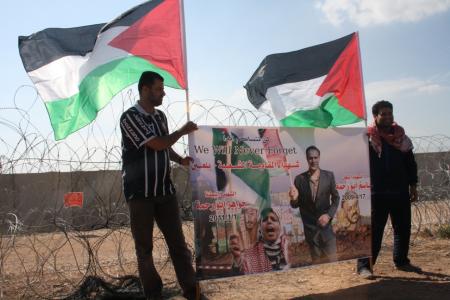 In Nilin after finishing Friday afternoon prayers, the protesters marched towards the gate of the Apartheid Wall, which leads to their lands. They were chanting against the occupation and when they came close they were faced by tear gas and sound bombs which caused dozens of suffocation cases. 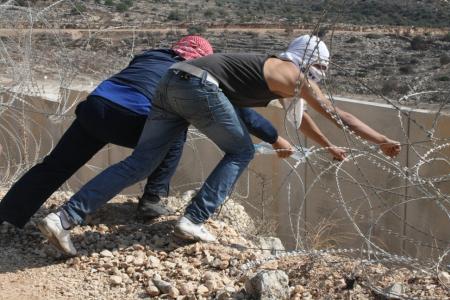 The popular resistance movement of Nabi Saleh village said that the occupation forces imposed a military cordon around the village and closed all the entrances of it and announced it as a closed military zone. They shot tear gas and sound bombs towards the protesters in addition to shooting metal bullets covered with rubber. 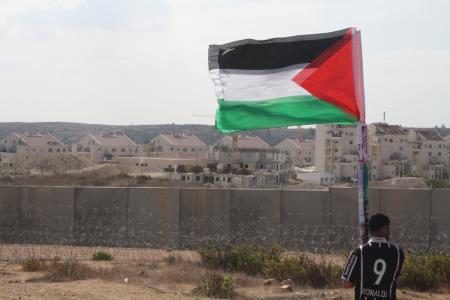 The spokesperson of the popular committee in al-Masara village said that the occupation soldiers shot tear gas and sound bombs towards the protesters and hit them with batons.

To the north, Palestinian and international activists were injured in Kufur Qaddom's weekly protest, which aimed to open the main road of the village that has been closed by the occupation. Murad Shtiwa, the spokesperson of the committee said, “We shouldn’t link our popular resistance to a time-bound goal, it should continue as long as the main reason exists, which is the Israeli Occupation”.